Gerassimos Ioannidis at the Municipal Conservatory of Ioannina

The conservatory’s trumpet teacher Nikolaos Kypriotis was in charge of organizing the masterclass. Over 25 participants took part and their ages ranged from eight to fifty-eight years old. These were young and older students of the Municipal Conservatory of Ioannina, students of the School of Brass (Trumpet) of the Department of Music Studies of the University of Ioannina, professional trumpeters and various other musicians. 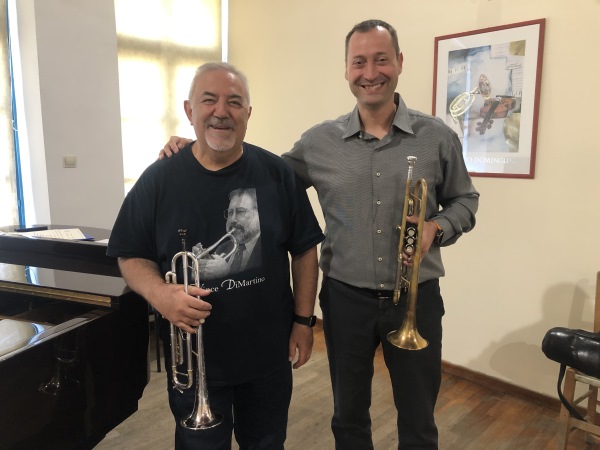 The participants were particularly impressed by the vitality of Mr. Ioannidis and his love for trumpet. The masterclass exceeded its scheduled duration on both days. Mr. Ioannidis took only a few breaks, in order to drink some water or soda and to taste some of the delicious cupcakes that were offered for the participants in the corner of the masterclass hall. The participants were taught subjects ranging from basic pedagogical methods of trumpet technique to analysis of advanced repertoire pieces. The adult trumpeters learned tips on how to teach trumpet to beginners, while the younger ones experienced Mr. Ioannidis's animated presentation style and heard stories of his many years of professional playing. 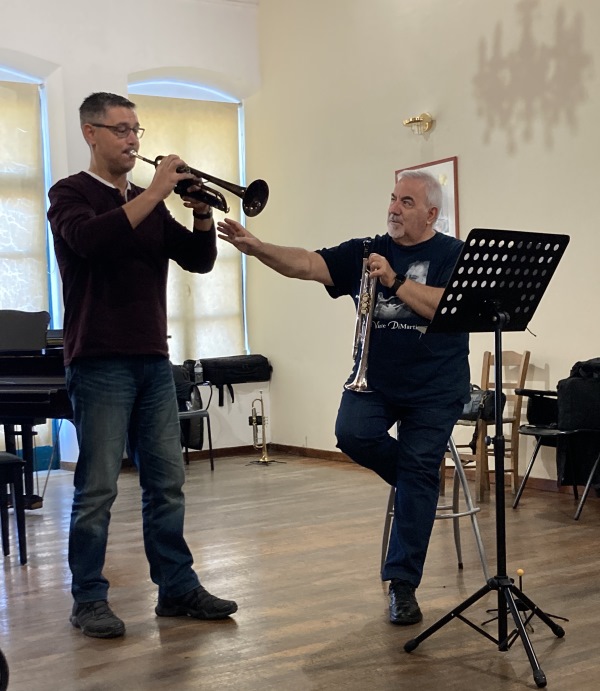