Maspalomas is a touristic town located in the south of Gran Canaria, one of the islands of the Spanish Canary archipelago. It is famous for its wide expanses of sand dunes on the coast, which surround the Dunas de Maspalomas natural reserve, where several ecosystems coexist, such as the Charca lagoon, the palm groves and the dunes, habitat for a wide variety of birds. Its high-quality accommodation availability makes Maspalomas one of the great places for holding conferences and festivals, such as the Maspalomas International Trumpet Festival. 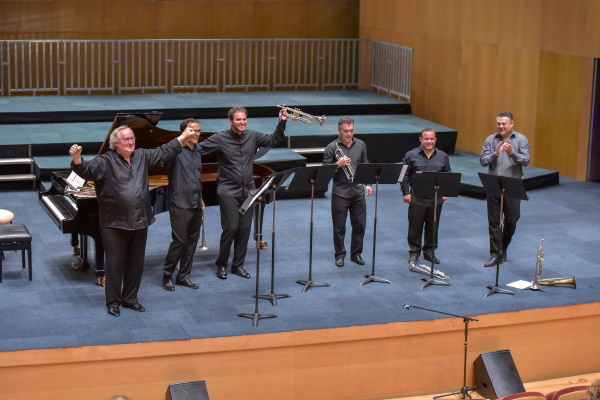 The festival takes place at the Expomeloneras, a center for congresses with a high logistical set-up and an auditorium seating nearly 1,000. This multifunctional convention center has an area of 150,000 square feet dedicated to holding conferences, conventions, seminars, exhibitions, concerts, sporting events, fashion shows, meetings and events of all kinds. This gives the Maspalomas International Trumpet Festival an organizational capacity that gives the possibility of developing the entire event without leaving this space (classes, conferences, exhibitions, concerts) 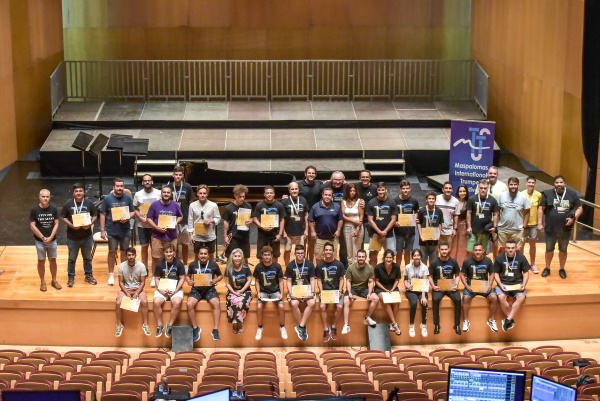 Classes were limited to fifty active students. Every morning, a warm-up session was held by a different professor where different pedagogical approaches were exposed from different paradigms and authors (Stamp, Clarke, Arban, Caruso, Cichowicz, etc.). Then smaller groups were formed and divided with a different professor each day, each of them organized their daily session depending on the level and requirements of the students (soloist repertoire, orchestral excerpts, basic fundamentals, problems to be solved). This system provided each enrolled student a 5-hour daily schedule.

The Maspalomas International Trumpet Festival offers an important series of concerts where the importance of the trumpet repertoire is highlighted in many of its aspects, from early music to Jazz and contemporary music premieres. The established program focused on the “Las Tirajanas” Auditorium in Expomeloneras, although there were other spaces such as the “Ecumenical Temple” in Playa del Inglés. In addition, two of the main musical ensembles on the island were showcased, such as the Gran Canaria Philharmonic Orchestra and the Gran Canaria Big Band.

The importance of diversity, sustainability, and youth education was a major part of this year’s Maspalomas International Trumpet Festival through various events:

- Orchestral Repertoire Competition: the seventh edition of this contest was held, which is always dedicated to the memory of the great Adolph Herseth. The winner was Brazilian trumpeter Evandro Lopes.

- Youth Festival: the Festival dedicates one day to the future generations. It is a day where elementary grade students from around the island get to share and learn from the great educators who come to the festival.

- Premieres: each year, the festival commissions new compositions for the trumpet in various settings. In this edition, the resident composers were Colombians Ferney Lucero and Daniel Moreno. 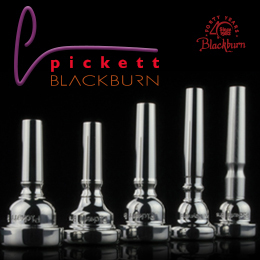